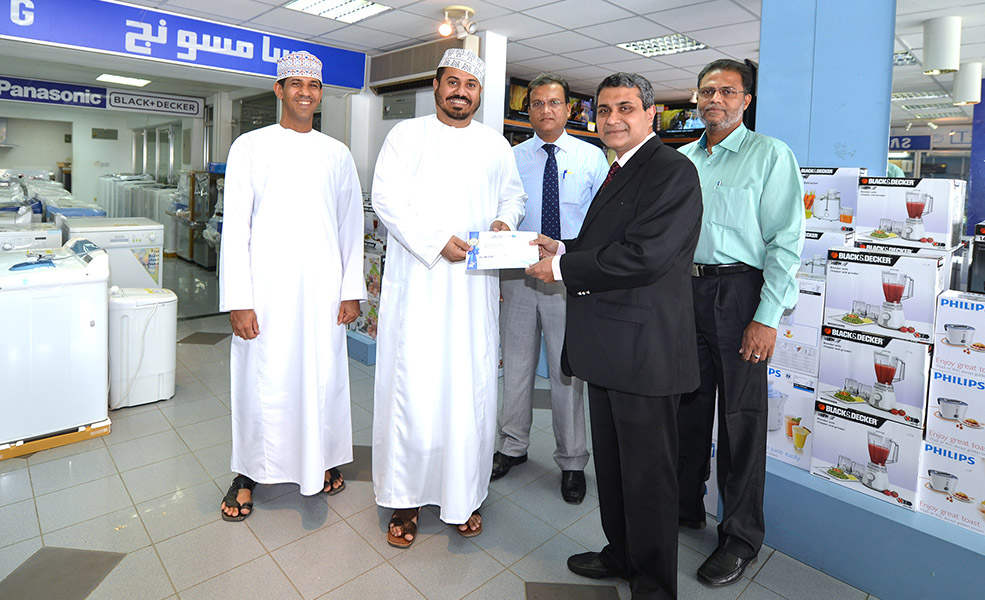 In a raffle draw held recently at Bahwan Mart's Ruwi High Street showroom in the presence of an official from the Ministry of Commerce and Industry, a total of 104 lucky winners from across Oman were picked up from the draw.

The first prize of three gift vouchers worth OMR 1000 each, went to Mr. Juma Al Haimali of Samad Al Shan, Mr.Bakeeth Al Marri from Salalah and Mr. I.A.H from Muscat. The second prize was IPhone-6 to ten lucky winners while other prizes such as home theatre systems and watches went to rest of the winners of the draw from various towns across Oman.

All winners have been informed and the prizes have been handed over to them through the vast network of Bahwan Mart branches across Oman. 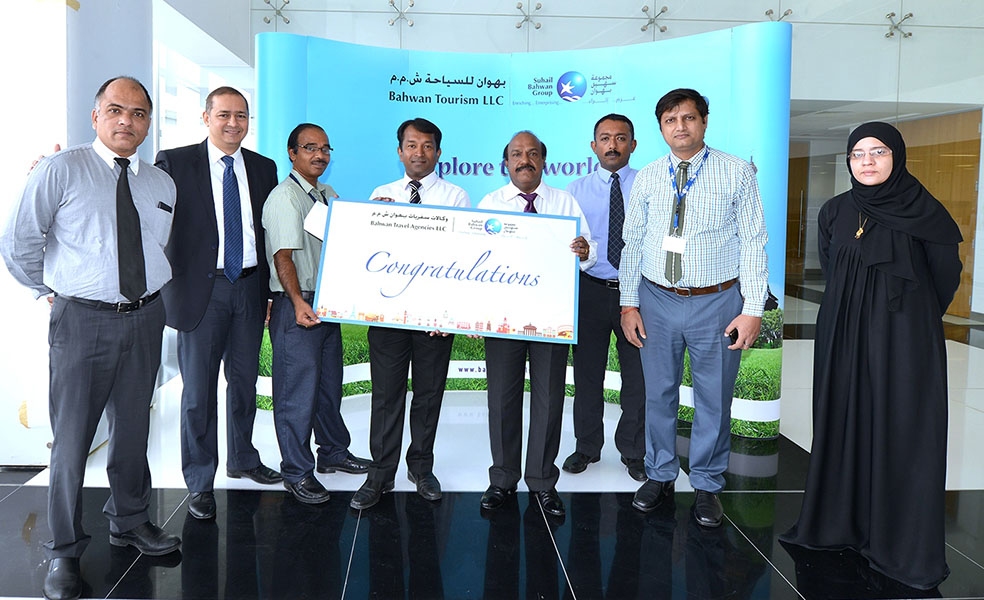